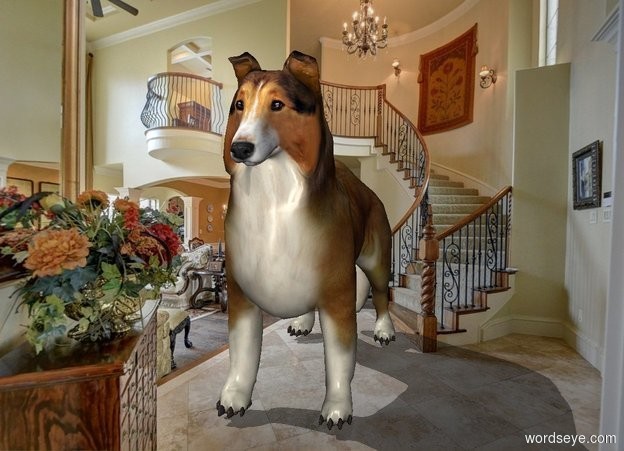 This is a strange rendering error. WordsEye chooses a random backdrop whenever I try to use the "creek" vignette.
Input text:
The dog is next to the creek.
Views:
273
Attributions: The Breach by lespaulguy