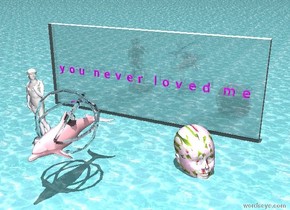 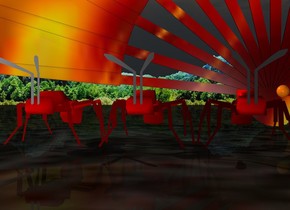 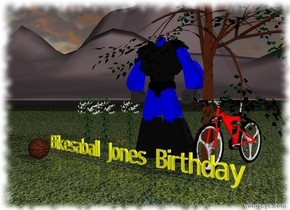 It is morning. The blue Dean is on the grass ground near a small tree. The 5 white lilies are 6 feet away from the tree. Small yellow "Bikesaball Jones Birthday" is 2 feet in front of Dean. The red mountain bicycle is east of the tree. The basketball is 1.8 feet south of the lilies. There are very large stone gray mountains 2 feet north of Dean.
stevium  12/7/2015 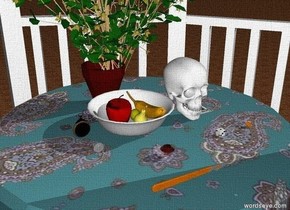