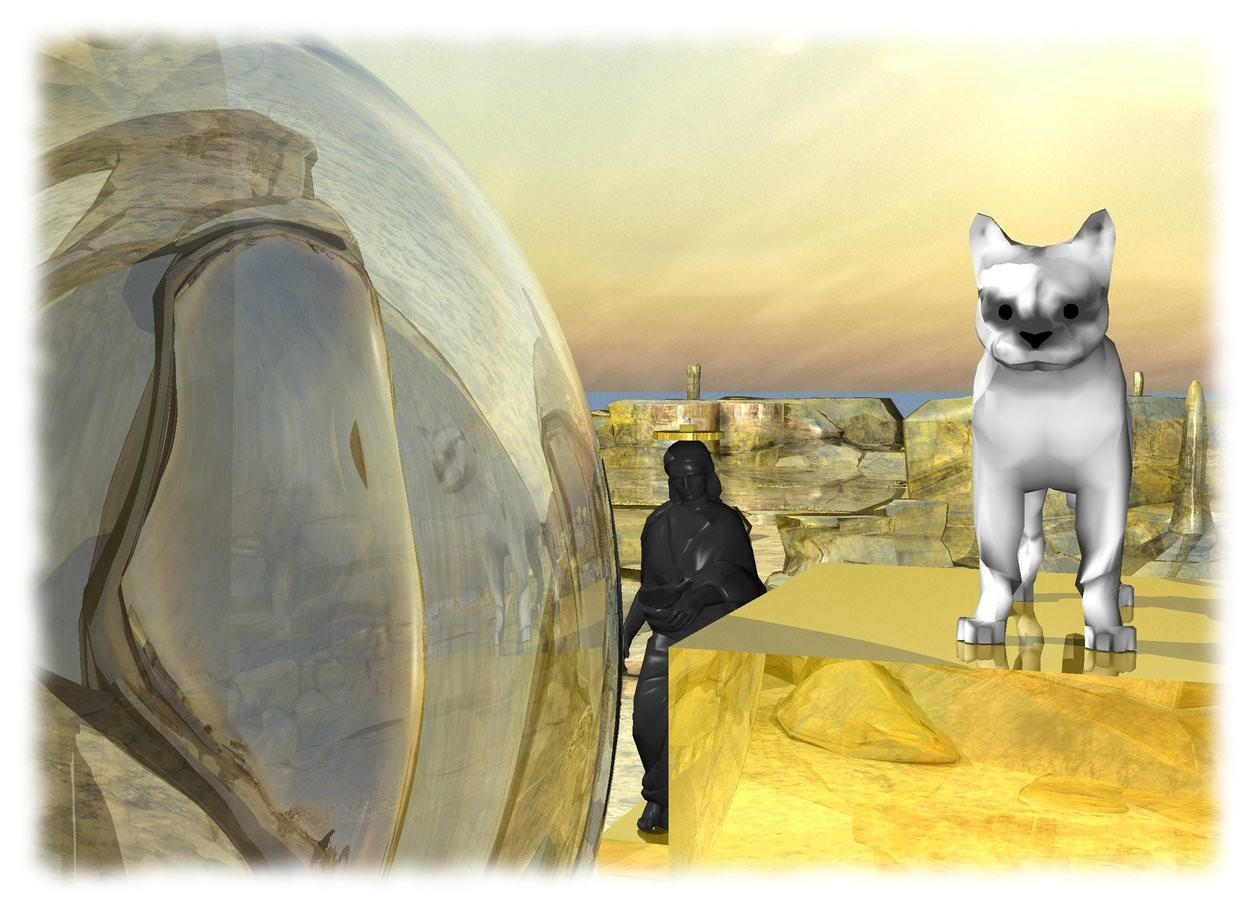 Jiji, the cat, knew something was different about today. The clouds were low and the air was thick. Jiji was king of highlands. She understood the lands and respected mother earth. Jiji had a meeting with the mother of dragons, Khaleesi, later that day but it looks like that meeting would be sooner than later...
Input text:
there is a golden pyramid on top of a white cat. A white bird is on top of the pyramid. The white cat is on top of a large golden cube. The golden cube is inside a 10 foot wide golden cylinder. The cylinder is 60 feet above the ground. There is a 55 foot tall woman under the cylinder. there is a 20 foot wide golden cube under the woman. The ground is gold. the sky is reflective. The 30 foot tall white cat is on top of a 50 foot wide gold cube. There is a 90 foot tall and 60 foot wide transparent sphere 60 feet in front of the woman. There is a purple light in front of the sphere.
Tags:
##HD #TOTWshortstory