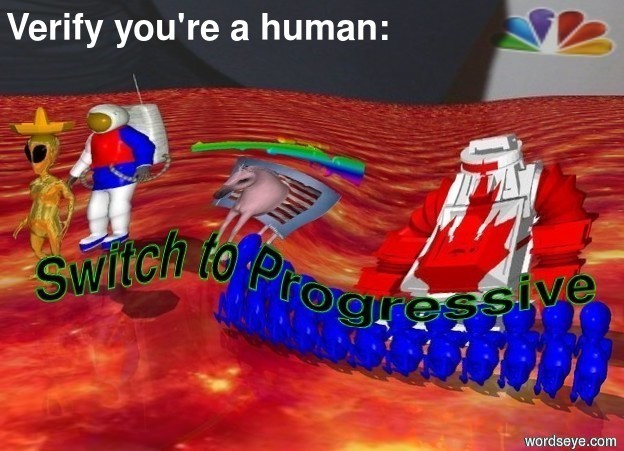 These are the salad days of our lives
Input text:
There is a large rainbow gun on top of a pink pony standing on the American Flag. A gold space alien and a Russian astronaut are four feet away from the pony. The alien is two feet in front of the astronaut. A sombrero is on top of the space alien. A Canadian robot is four feet to the right of the pony. Twelve very large blue babies are two feet in front of the robot. The ground is fire. The sky is [trump]
Tags:
#godspeed